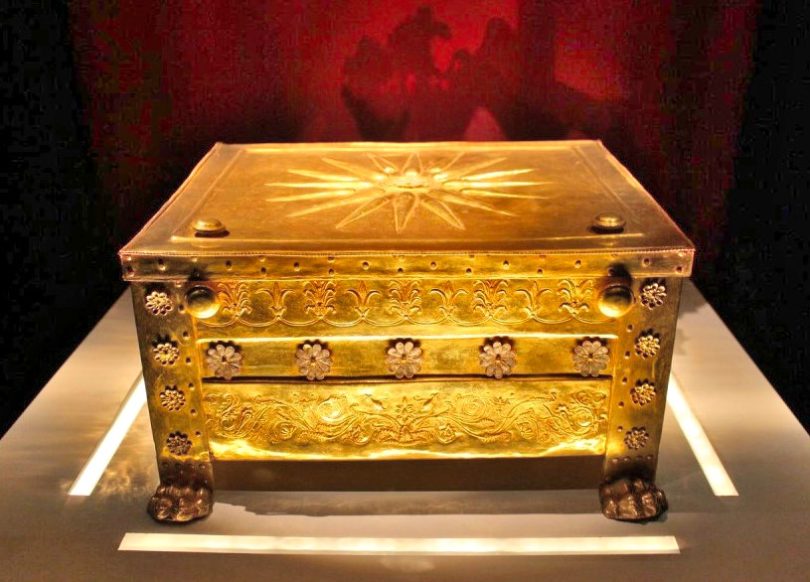 In 1977, a Greek archaeologist, Professor Manolis Andronikos, unearthed a tomb. This tomb remained unlooted and contained an exceptional amount of grave goods. Inside were many objects scattered around on the floor, including a royal headband, a sword, and a solid gold box with a “Vergina Sun” design on its lid. Professor Andronikos knew that the sunburst was the sign of Macedonia, so the tomb must belong to one of its kings. But which one?

Andronikos narrates: “… Overcoming the inevitable difficulties caused by the organic materials scattered on the floor, we managed to lift the cover. And then we saw something that was impossible to imagine, because never before had such an ossified vessel been found: an all-gold shrine with an imposing star on its cover. We took it out of the sarcophagus, laid it on the floor and opened it. Everyone’s eyes were wide open, and our breath was cut short: the burnt bones were clearly placed, placed in a carefully formed pile, still holding the color from the purple that once enveloped them. And in the corner a heavy gold wreath pressed covered them. We closed the precious shrine, covered it carefully and placed it in the inner corner of the cabin…” 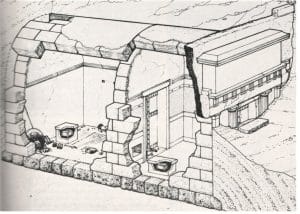 3D reconstruction drawing of Philip II tomb from the Great tumulus at Vergina (after Andronikos 1989, 99) 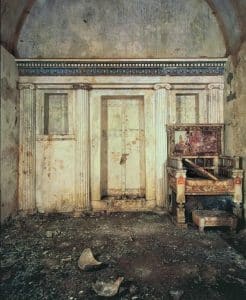 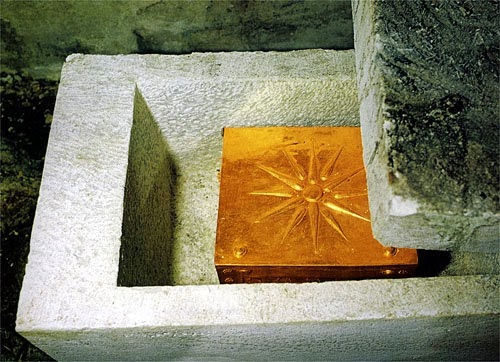 The discovery of the tomb of Philip II, King of Macedonia and father of Alexander the Great, is one of the most important archaeological discoveries in the Greek history. 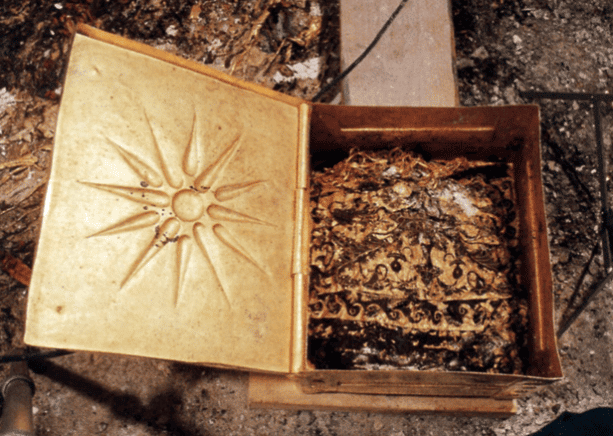 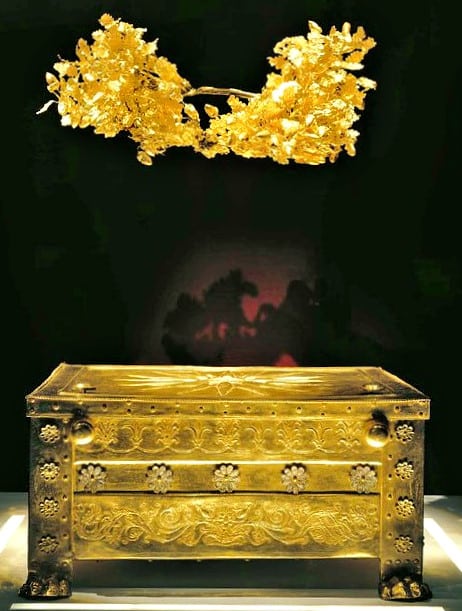 The Golden Larnax contains the remains from the burial of King Philip of Macedon and the royal golden wreath. The larnax was placed in the marble sarcophagus. It was made of 24-carat gold and weighing 11 kg. Inside the golden larnax were Philip’s bones and a golden wreath of 313 oak leaves and 68 acorns, weighing 725 grams. Formerly it was exhibited in Thessaloniki’s Archaeological Museum, Since 1997 it is located at the original site of discovery in Vergina on an underground museum stage within the Great Barrow.

Researchers announced in 2014 that they succeeded in identifying the people buried in the ancient grave thanks to the anthropological examinations on 350 bone fragments found in the tomb.

Stating that they found “traces of a healed facial trauma” on the facial bones they found, the researchers noted that this finding fits the historical records of Philip’s life. II. Philip was shot in the eye during the siege of Methone in 354 BC but managed to recover and remained in power for another 18 years. Furthermore, among the many treasures, there was a simple pair of bronze leg guards. One leg guard was shorter than the other, and it was recorded that Philip had been lamed in battle.

Another golden larnax with a royal crown in a marble sarcophagus, and a wooden mortuary sofa with decoration similar to Philip’s were also discovered in the antechamber of Philip’s tomb. It is thought to contain the ashes of Meda, one of the wives of the Philip, or the daughter of Cleopatra, or the Scythian king Ateas, whom Philip was defeated by. 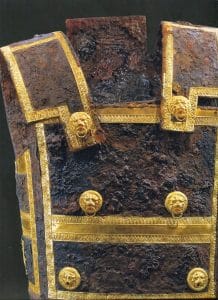 Iron cuirass with gold detail from the Tomb of Philip at Vergina, 4th century BC, Thessaloniki, Archaeological Museum.

While visiting the city of Aegae, whose modern name is Vergina, Philip II was killed by his guard for still unknown reasons. After that, his 20-year-old son Alexander took his place and was awarded the title of Alexander the Great as one of the best commanders in history. 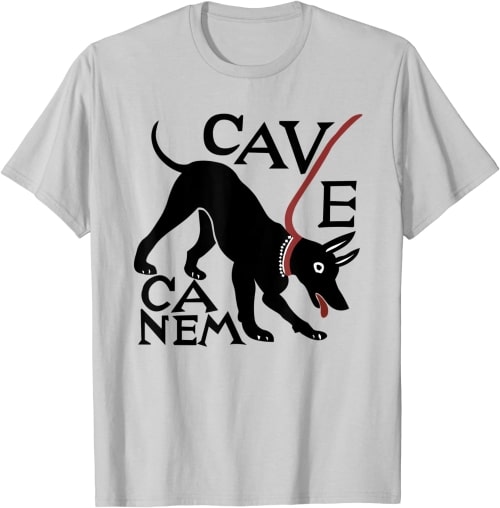